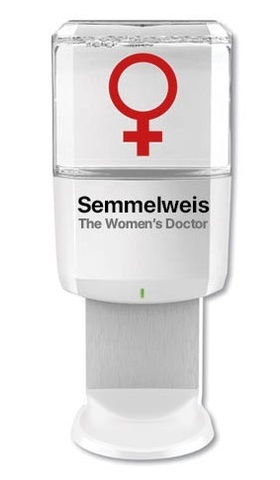 Tags: Michelangelo, Bologna, Basilica San Domenico
Another day should not pass without Daisy seeing with her own eyes three sculptures by the young Michelangelo here in Bologna. He was nineteen years old and lived here for eleven months—October 1494 – September ’95-- so he experienced the seasons in the Emilio-Romagna valley, the winters damp, cold, and the winds blow and hold  Read More
Be the first to comment

Tags: Michelangelo, Bologna, Basilica San Domenico
a Wednesday, off to see early Michelangelos with my own eyes. A marble angel--height 51.5, and a statue of Saint Proculus of Bologna which purportedly presages the David--are located in the Basilica of San Domenico. An Asian couple and I arrive at the door at the same time only to discover that the Basilica is  Read More
Be the first to comment

Tags: Vasari, Lives of the Artists
"At that time I went often in the evening, at the end of the day's work, to see the above-named most illustrious Cardinal Farnese at supper, where there were always present, to entertain him with beautiful and honourable discourse, Molza, Annibale Caro, M. Gandolfo, M. Claudio Tolomei, M. Romolo Amaseo, Monsignor Giovio, and many  Read More
Be the first to comment

Tags: Leonardo da Vinci, The Last Supper, Peter Luger's Steakhouse
Viewing Leonardo da Vinci's painting The Last Supper in the refectory of Santa Maria delle Grazie in Milan is like eating a porterhouse steak at Peter Luger's Steakhouse in Brooklyn, New York. You need to make reservations weeks, months, in advance. The actual viewing and eating require planning, forethought, like rehearsing a death-bed scene.
Be the first to comment

Tags: Bologna's Two Towers. Dante in Bologna
Today took a walk and got lost on Via Zamboni. There was the church of Mary Magdalene and I went in and prayed and meditated on Mary Magdalene and felt the love Jesus had for her and she for him. Though I have loved many women in this one lifetime, not one has ever  Read More
Be the first to comment

Tags: Santa Maria Maggiore. THE LITTLE SAILOR. Anthony Valerio's blog
The second item on the papal itinerary today was a visit to St. Mary Major Basilica (Santa Maria Maggiore) to venerate the image of Mary known as the "Salus Populi Romani," which is an icon depicting Mary and the Christ child, over the altar of the Pauline Chapel (Cappella Paolina).
I have written about  Read More
Be the first to comment

Tags: Feast of the Immaculate Conception, Anthony Valerio's blog, The Hail Mary
Today, December 8, Italians celebrate the Feast of the Immaculate Conception. All Catholics from recently baptized infants to men who, as a rule, do not go to church, which, in our entrada, comprised the majority of our men, the belief being that god would be more receptive to the prayers of our women more so  Read More
Be the first to comment

Tags: JFK Remembered, Marconi
Remembering JFK from Italy (1963/2013)
Ferruccio—called Ruccio-- and I together that day 50 years ago, in late afternoon Italian time, in Bologna. Today we arrange to meet at that city’s Porta Castiglione, named for the author, diplomat, soldier and courtier Baldassarre Castiglione (1478-1529), best known for his book, The Courtier. Italian streets have memory.  Read More
Be the first to comment

Tags: Elizabeth Taylor. Anthony Valerio's blog
You could hear the pride in Daisy’s voice and see the delight in her eyes when her Spanish, Italian, French and Portuguese fellow players are reluctant to speak their native language in my company, and she says: “O go right ahead. He understands perfectly.” I understand some. Misunderstanding much has perhaps affected my  Read More
Be the first to comment
Loading…}